While the Cook County State's Attorney's Office (CCSAO) experienced a decrease in overall felony cases called in for review, the number of cases related to violent crime--specifically gun and murder cases--reviewed has increased. When an arrest is made, and if the law enforcement agency decides to charge a felony, the CCSAO’s Felony Review Unit (FRU) must be contacted to review the evidence and decide whether charges can be filed. Exceptions to the Felony Review process include narcotics cases and driving with a revoked/suspended license and which can be directly filed by law enforcement. Misdemeanor charges are directly filed by law enforcement.

Throughout 2020, and continuing today, COVID-19 has impacted communities at all levels across the country - including crime. As a way for the public to understand how the CCSAO prosecutes felony cases, State’s Attorney Foxx is sharing case-level data from her first term demonstrating consistent approval and prosecution rates of violent crimes.

“Crime and violence didn’t stop because of COVID-19 - it actually increased. The devastation felt in communities across Cook County, the country and the world will have generational effects,” said State’s Attorney Kim Foxx. “Making data available to the public is vital and part of my commitment to be transparent and accountable to the people of Cook County.  The men and women of this office remain dedicated to ensuring crimes are prosecuted in a manner that is fair, equitable and just,” Foxx continued.

Some takeaways from CCSAO data include: 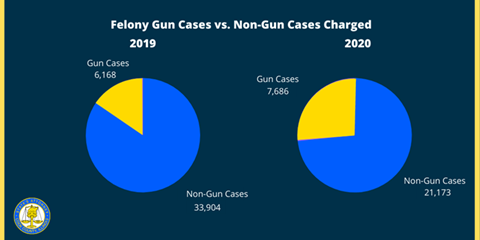 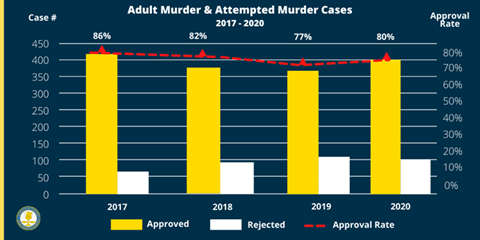 Property Crime (i.e. Looting)
Property crimes received, overall, decreased by 33% in 2020, but Burglary cases received increased by 20%.  "Looting" is not an official charge tile and the majority of cases related to “looting” end up being classified as burglary cases. 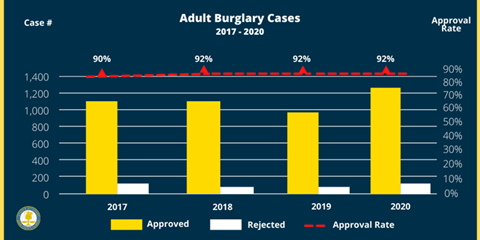 Carjackings
Vehicular Hijacking and Attempted Vehicular Hijacking (commonly called “carjacking”) approval rates have remained at 95% or above throughout the Foxx administration. Like all felony cases, once an arrest is made law enforcement sends the case to the CCSAO for review of felony charges. If felony charges are not approved by the CCSAO, law enforcement is able to refile the case as a misdemeanor. 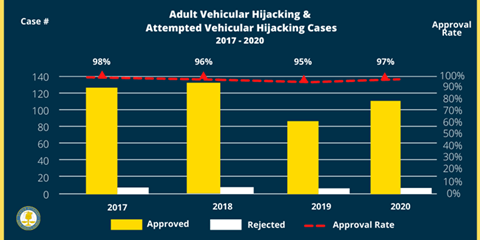 Due to court closures and trial delays because of COVID-19, cases aren’t being prosecuted and reaching disposition as quickly as previous years. Most 2020 cases are still working through the court system.

All felony case-level data is available on the CCSAO open data portal along with additional resources to help navigate the information.